Here are the  Call of Duty: Black ops 4 System Requirements 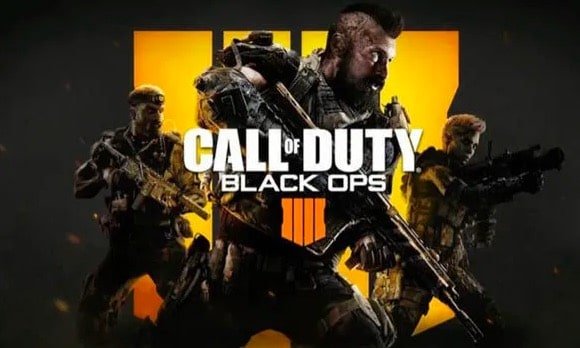 Note:- To get the best experience while gaming we suggest you go with Recommended Call Of Duty Black ops 4  System Requirements.

A special surprise trailer was also shown to the premium Call of duty fans and other teams.

The craze behind Call of duty Black Ops lies in its amazing storyline. The plot is set in the era of the cold war in its version for PC and gaming consoles. However, the mobile version of the games has a different story and characters.

The spectacular experience of being a spy agent and hunting makes its players glued to the game.

For people who want to experience Call of Duty: Black Ops in high definition quality, they must arrange a system that meets a unified set of requirements. This basically involves good quality system specifications in terms of processor, operating system, graphic card, RAM, etc.

Windows 10 64-bit is the recommended operating system required to experience good quality. The computer must have at least 12 to 14 GB of free space for a lag-free experience of the game.

Playing the game with the recommended requirement will allow the players to enjoy the game at its full potential. Issues related to frame drop and lagging can be effectively recovered by using components recommended in the mentioned specification.

To, get the best experience of the game assemble pc online and install the recommended graphic card, RAM, and other essential aspects to have an optimum gaming experience.

After being aware of the system requirements, it is now the time to find the answer to some commonly asked questions such as the installation process, history of the company, etc. All those mysteries are solved below:-

The installation process of Call of Duty: Black Ops varies with the type of Device. The size of the Call of Duty: Black Ops for PC, PS4, and Xbox One are 55 GB, 51.24 GB, and 45.65 GB respectively. In the case of Xbox and PlayStation, first, check for the updates and then install the file. Purchase the game from the authorized source to eliminate piracy.

The announcement of the game was made in February 2018. The developers gave a hint to their fans about the upcoming chapter of the Black ops series.

After 8 months of wait, the Call of Duty fans finally got the chance to play the game. The Call of Duty: Black Ops 4 was launched on 12 October 2018 on Microsoft Windows, Xbox One, and PlayStation 4.

The Call of Duty series has always been a trusted choice of gamers. This fact was proved in the Black Ops chapter too. The game was nominated for 22 awards in categories like the best music, good visual, etc.

The popularity before the release of the game was an indication of a big collection.

Many people believe that the game was not able to meet the expectations. But, despite this fact, the company managed to make a business of 500 million dollars in its first three days of release.

Is the game available to play both online and offline?

Regardless of the play mode, the game is online. You need to have a solid internet connection to have uninterrupted gameplay. The game even has a multiplayer mode that allows you to play with your mates online.

The Call of Duty: Black Ops 4 is a creation of Treyarch game developer corporation. The company is actually based in California and is highly popular for the Call of Duty series.

All of the earlier chapters of Treyarch’s Call of Duty series were very popular amongst the gaming audience. However, the company was acquired by Activision in 2001. This is why the Black Ops chapter was developed by Treyarch but published under Activision.